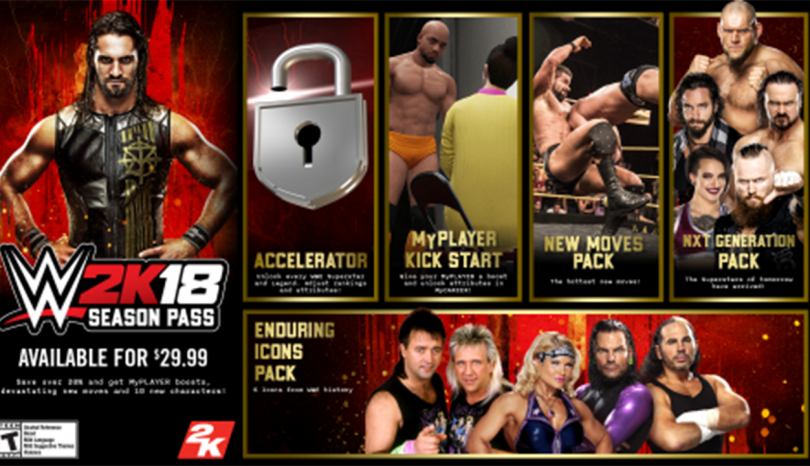 2K has just announced the details for the WWE 2K18 DLC and season pass:

WWE 2K18 downloadable content offerings are scheduled to include the following items and be available for purchase on the PS4,r Xbox One, Nintendo Switch and PC: