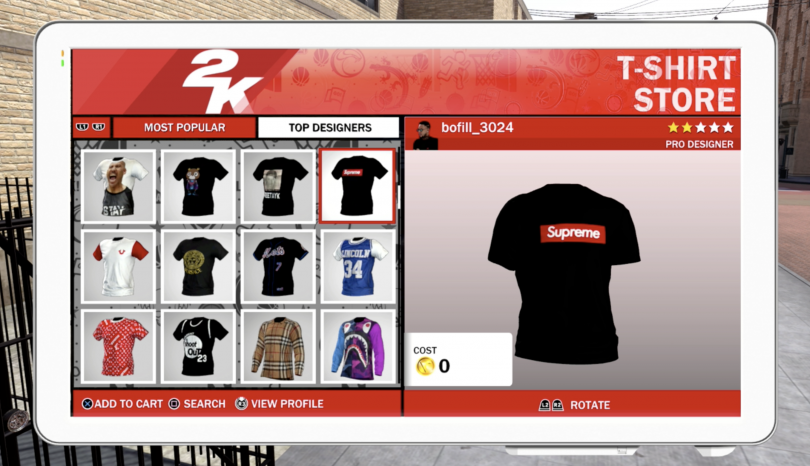 A lot 2K players are facing issues in which their custom t-shirts are being removed from the game. In NBA 2K18, the Playgrounds mode has a custom t-shirt designer where players can create and upload custom t-shirts publicly and vote on the designs that they like, but many are facing this issue due to the fact that many t-shirts contain copyrighted content that are owned by other entities such as Gucci, Supreme, and many logos from other sports jerseys, movies, TV shows, and music artists.

Another issue that players are facing is that 2K has not refunded the proper amount of VC to players. According to a post found on a Resetera, a player who purchased shirts had ten of their shirts, worth 3,500 VC each, removed form their inventory. Since they were not refunded any VC for the shirts, that they purchased, they contacted 2K support. While 2K offered a 10,000 VC refund, it was not the equivalent to the amount that the shirts removed from his inventory were worth.

2K this year, way more than past years, have had a lot of controversies for how they have handled NBA 2K18 this year. Between trying to threaten a journalist for their low review score of the game and also the complaints about how microtransactions are handled this year, 2K has faced a lot of flack and disdain from their own fanbase. Hopefully one day 2K can mend the issues between them and their hardcore fanbase of NBA fans.