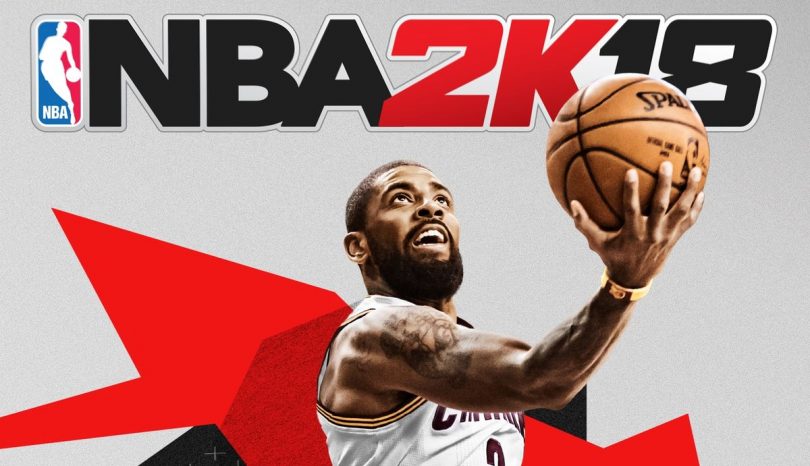 Here are the fixes coming to Patch #4. The patch has been released on the Playstation 4 and is coming soon to XBOX One, Nintendo Switch & PC.

– The Classic Edition uniforms for the Bucks, Hornets, Lakers, and Suns have been added to the game. Look for these to be released in the next roster update!
– Five new shoes have been added to the game: BBB ZO2: Prime, Jordan CP3.X AE, Jordan Super.Fly 2017, Nike Foamposite One, and Kobe A.D. NXT. Look for these to be released in the next roster update!
– Improvements to the CAP/Lab user interface.
– New CAP facial hair: 18 new beards, 2 new mustaches, and introducing 8 facial stubble styles that can be mixed & matched with our various hair styles.
– Girth now changes when adjusting weight in roster Create-A-Player.
– Added eyebrows and eye colors to the roster Create-A-Player.
– Detroit Pistons court floor updated has been updated to their new Platinum Equity floor.
– Orlando Magic court floor has been updated.
– Player names are no longer cutoff in the uniform editor when creating a uniform.
– (Switch) Game no longer suspends when pressing the home button while in a Play With Friends locker room. This will prevent the accidental disconnects reported to us.
– (PC) Coaches Clipboard timeout prompt will no longer appear off-screen on 21:9 monitors.
– (PC) Mouse support has been added to the MyCOURT Customization menu.

– The number of left ankle injuries should now be greatly reduced during user-played games.
– Added more variety to the types of injuries that can occur in-game.
– Attempting icon passing while posting up will no longer disengage you from post.
– More responsive triple threat moves when crowded by a defender.
– Fixed a dribbling issue that would cause escape crosses and hesitations to sometimes face sideways.
– Made catching passes in the corner more reliable.
– Made some improvements to the screen system to improve reliability and user control.
– Edited several off-ball ride/deny animations to improve user control and visual fidelity.
– Fixed an issue with putback layups that would sometimes cause them to hit the front rim or bottom of the backboard.
– Fixed a bug that would cause defenders to pop to a stand while lying on the ground after a hard foul.
– Various improvements to the Teammate Grading system.
– Fixed issues where defenders were set to GAP, ignoring user and ACE settings.
– Fixed a hang that could occur when the ball boy picked up the ball while it’s in play.
– “After Foul” animations updated to prevent hands from clipping into the head of another player.
– When the offensive team wins a jump ball, the shot clock should now be reset.
– Addressed a case where defensive settings inside the Coaches Clipboard were not sticking after being changed.
– Fixed an issue where a player on the losing team would sometimes celebrate with the winning team when his team lost the game.

– On-Court shoes are now free for the given shoe company your MyPLAYER has a contract with.
– Updated MyCOURT murals for: Thunder, Bulls, Pelicans, Mavericks, Nuggets, and Rockets.
– Support for subtitles has been added for the on-court interviews following a played NBA game.
– The user’s VC balance will now correctly display the current VC total in the post-game recap following a played NBA game where the received teammate grade was D+ or lower.
– XB1 Silver and PS4 Non-Plus users can now play MyCOURT drills with AI players they invite over.
– The in-game framerate will no longer hiccup when the ‘My Matchup’ overlay is on the screen.
– Fixed a hang that could occur when the coach caught the ball during a live practice.
– The shot meter will now display when taking shots outside of the court while playing HORSE in your MyCOURT.
– Logos for the events on the event calendar app on the 2K phone should now always appear alongside the correct event.
– The Karl Anthony-Towns pre-game scene will no longer repeat every time you play him.
– Fixed a hang that would occur when selecting the “I’m always in rhythm” answer upon David Aldridge asking you how you were able to find your rhythm during the current game.

– New Player Edition NBA Nike Jerseys (and more!) in the NBA Store: Wade, Carmelo, I. Thomas, D. Rose, K. Thompson, D. Green, A. Wiggins, B. Ingram.
– The displayed VC balance should now correctly match what was earned after a played Playground game (the earned VC was there all along, but the balance was not always getting refreshed).
– A number of performance and stability improvements for the Ruffles event.
– Controllers Settings should now apply to Playground games.
– Gamertags will no longer cover the turbo meter in Playground games.
– Fixed a stutter that would occur when people are playing on the courts and someone levels up.
– The correct score will now be attributed to the correct team during in-progress Playground games when queued up on a Got Next spot.
– Shots will no longer queue up when playing the mini-basketball game in the 2K Zone, making it easier to develop a smooth rhythm.
– The Who To Guard indicator has been re-designed to make it easier for you to quickly identify the offensive player you should be guarding in Playground games.
– Player signature walks that incorporated a basketball will now correctly draw the ball when performed in the Playground area of the neighborhood.
– (XB1) Fixed an issue where the game became unstable when a team attempted to use custom Pro-Am Away uniforms.
– (PC) The shot release text will now provide accurate feedback when using a keyboard to shoot ball in the mini-basketball game located in the 2K Zone.

– Resolved Pro-Am Accessory issues that prohibited them from showing up correctly in the closet.
– Users will no longer earn progress toward their badges and cap breakers while the AI plays for them after fouling out in Pro-Am games.
– Fixed a case where users were not getting paid their full VC amount after Pro-Am games.
– When a team quits out of a Pro-Am game, the remaining team will no longer obtain the badge progress and progress of the team that quit out.
– The team overall will now calculate correctly on the loading screen of a Pro-Am game when there is at least one CPU player on the team.
– Fixed the issue where arena changes would fail to be applied the first time ‘Save Changes and Exit’ was selected when attempting to make changes to your Pro-Am Team Arena.

– Users can now use strategy cards in Super Max games in MyTEAM.
– Strategy cards are now stackable, in quantities of 20.
– Non-NBA balls will now properly appear in your home court when set in the Edit Franchise menu.
– Users will no longer be automatically taken to the Edit Lineups menu after upgrading a player’s badge.
– Users that excessively foul in online multiplayer MyTEAM games will now get kicked and given a loss.
– The “Replace Player” option has moved from the Edit Player menu to the Edit Lineup menu for usability improvements.

– To satisfy a popular community request, the NBA logo has been removed from the created uniform template in MyGM/MyLEAGUE.
– The CPU will no longer override user-made decisions during the Qualifying Offers offseason time period.
– CPU teams will now be more conscientious of when they should renounce the rights to their players during the offseason.
– Fixed a hang that would occur for some users when they were signing a two-way player for the remainder of the season.
– Fixed a soft hang during the draft in MyGM/MyLEAGUE when the user attempted to negotiate a trade.
– Addressed a fantasy draft issue where certain players were being incorrectly omitted from the selected player pool.
– Fixed a case where we were incorrectly determining that a user was trying to maintain the rights to too many Draft & Stash players (it would force you to release a player you should have been able to sign).
– Addressed a case where a Draft & Stash player would appear on a G-League roster prior to his signing an NBA contract.
– Identified and corrected an issue that would lead to the inability to load your MyGM file. For those previously affected by this, your save will now properly load.
– Baskets will now count for the correct amount of points when the league approves the rule change that grants automatic points to be granted on shooting fouls (in lieu of free throws).
– Attendance will no longer show as 0% for playoff games in the financial information menu of MyGM.
**Many other small bug fixes and adjustments were also made, game-wide.**
NOTE: All patch fixes will work in your existing game mode saves.